The original Tomb Raider is now available on the Apple App Store for only $0.99. That's right, iOS users can now relive Lara Croft's first adventures right on their iPad or iPhone. Developer Square Enix promises nothing has changed, and that the iOS version is "the full, unedited, unadulterated experience from the classic release." 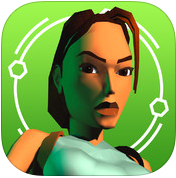 The original Tomb Raider helped make the original Sony PlayStation a huge hit in the 1990s, and it also launched one of those most iconic video game characters of all time. The Tomb Raider franchise not only includes several popular video games, but it was also a movie starring Angelina Jolie as Lara Croft.