In case you missed it, Stargate SG-1: Unleashed Ep 2 was released for iOS devices a few days ago. The second episode was written by Stargate novelist Sally Malcolm, and all the characters in the game are voiced by their original actors like Richard Dean Anderson. 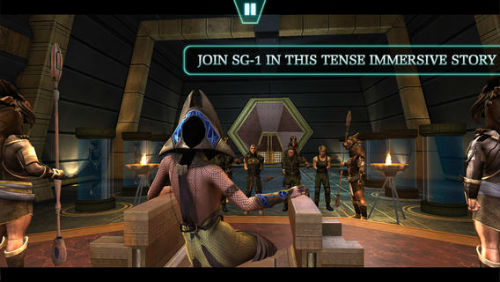 The game puts you in control of Jack O’Neill, Samantha Carter, Teal’c and Dr. Daniel Jackson as they navigate the SG-1 universe and battle Jaffa warriors. Stargate SG-1: Unleashed Ep 2 is a 3-D shooter and not just an RPG like other popular TV show titles in the App Store. The game allows players to fight various adversaries and explore 3D environments while following along with the story. Stargate SG-1: Unleashed Ep 2 also features a soundtrack based on the original score, and classic Stargate weapons such as the Zat'nik'tel.