First reported as a rumor by TechCrunch, Apple has officially confirmed with 9to5Mac that it is buying the British software company Shazam Entertainment Ltd..

"We are thrilled that Shazam and its talented team will be joining Apple. Since the launch of the App Store, Shazam has consistently ranked as one of the most popular apps for iOS. Today, it’s used by hundreds of millions of people around the world, across multiple platforms."

Shazam can be a helpful tool when you need to identify a song quickly with just a snippet of audio. The app continues to expand, now making it possible to identify and tag advertisements and television shows in addition to just music. Brand new features have just been added to Shazam in the latest update, but for now they are exclusive to the iPad. 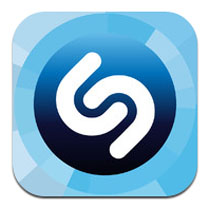 So what can iPad users expect when they install Shazam 6.0.0? For one, the app will run in the background and automatically tag any audio within earshot of your iPad. This feature makes it possible to use other apps while Shazam quietly listens the entire time. A redesigned home screen shows real-time data including a map of what music is being tagged around the globe.