Happy Owl Studio announced their highly-anticipated line of iPad cases would be available for pre-order starting today. Three different models will come in two different colors each at special introductory prices for a limited time. Pictured below is the Wallet in brown. 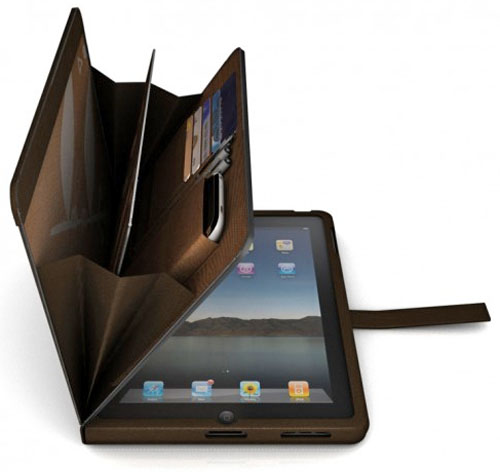 Happy Owl Studio is based in California and has designed their cases to hold anything and everything one might need throughout the day in addition to the iPad. The iPad itself is securely held in the protective case with cutouts for dock connector and speaker access.

Popular social networking site Facebook is about to join the list of iPad-ready websites. Some videos now play when visiting the site from Mobile Safari on the iPad, whereas previously the user was prompted to install Adobe Flash.

Flash is not welcome on Apple devices, as CEO Steve Jobs has made clear time and time again. Facebook's shift away from Flash video follows numerous other major web sites including YouTube, Flickr, CNN and Vimeo. Currently when selecting a video to play on Facebook, the iPad plays the MP4 video directly and reverts to full screen.

Sure the iPad 3G hasn't even shipped yet, but of course Apple likes to keep things on the cutting edge. Taiwan-based newspaper DigiTimes reports that Apple plans to use an OLED display in the second-generation iPad design. The paper, which is focused on the supply side of the electronics and communications industries, claims that sources in the component industry are aware of Apple's OLED intentions.

The video above demonstrates a Samsung OLED prototype screen. Apple is expected to refresh the iPad line next year with a variety of improvements. A new operating system is already slated for release this fall. An OLED screen would dramatically improve battery life and significantly decrease the weight and thickness of a future iPad.

Apple iPhone hacker George Hotz (Geohot) set up a new website for his forthcoming jailbreak software dubbed limera1n. Previous releases such as blackra1n have made it possible for jailbreakers all over the world to install unauthorized apps and unlock the iPhone for use on alternate wireless carriers.

Geohot posted evidence that he was making significant progress with iPhone OS 3.2, the current operating system running on the first version iPad. Apple is expected to release version 4 of its mobile OS this summer, along with next generation iPhone hardware.

Command and Conquer is a Real Time Strategy (RTS) game optimized for the iPad. This was one first games offered when the iPad was released. The main game and subsequent expansion packs from the iPhone version have been included. You can play as one of three factions: Soviet/ Russian, Allied/U.S. or Rising Sun/ Japanese.

It seems the game developers are big time feminists and feel that, in the military, attractive women should be giving the orders. There is no shortage of hot babes telling you what to do. The skeptical side of me feels like they were just looking for the "Hooters effect", a way to lure poor innocent and lonely gamers. Admittedly, I've never served in the military, but I was surprised that the uniforms displayed so much cleavage.

You have to love the fact that EA decided to bring the Soviets, the international bad guys pretty much every 80's action movie was based on, back to power and prominence. I missed them. You pretend you are trying to bring down the evil empire of dreaded socialism (although you do play as them sometime which makes you feel like traitor). As I was playing I was having regular flashbacks of the great 80's film Red Dawn.

The iPad Camera Connection Kit if finally shipping, and iPad owners can be pleasantly surprised that Apple did not announce all of the kit's capabilities at the keynote speech. Besides reading SD memory cards to import photos, the Camera Connection Kit was expected to provide a USB port for digital cameras. 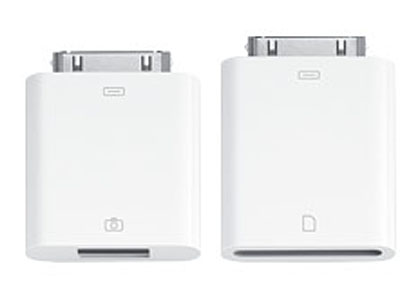 The USB adapter plugs into the Apple 30-pin dock connector on the bottom of the iPad, or into the keyboard dock. What's interesting is what devices Apple has chosen to allow the iPad's USB port to recognize and use.

Most people are aware that Apple limits iPad purchases to two (2) units per customer. What you might not realize is that Apple Stores have a lifetime limit on iPad purchases, as one consumer found out the hard way.

A medical student reported on his blog titled Protocol Snow that he purchased iPads for some fellow members of the NeoGAF gaming forum living overseas. His local Apple Store had plenty of units in stock, and he went there on several different occasions to pick up two iPads at a time.

Next month looks like it could be prime time for television shows on the Apple iPad. Hulu is forging ahead with its plans to add a subscription service to the free ad-supported content it now serves. Although the site is currently Flash-based, reports have indicated the company is moving to a more iPad friendly video format.

Now reports from the LA Times indicate that Hulu intends to release its subscription service in just over a month, on May 24. The newspaper cited people who have knowledge of the plans, although the company declined to comment. Hulu will not abandon free content, as the company plans to offer the five most recent episodes of shows outside of the subscription wall.

iPad fans who haven't yet landed a device will have some revised wait times until their unit ships. The good news is that if your order for a 3G model was in last week, Apple has officially confirmed your iPad will arrive on April 30.

Those ordering a Wi-Fi only model can expect to wait 5-7 business days until their magical tablet hits the doorstep. As inventory supplies change and Apple gears up to launch the iPad pre-order internationally on May 10, the company is shifting dates accordingly.

I want to read comics again.

I was an avid reader of comic books from about the ages of 10-16 years old, right up until I ﬁgured out what girls were and how to talk to them.  I still read them after that, just not as much, and I stopped wearing Spider Man T-shirts in public.  Eventually, I just stopped going to the comic shop and buying them at all for some reason.  My iPad was then delivered on April 3rd, and the ﬁrst app I downloaded was the Marvel Comics app. My love for comic books was immediately rekindled.

Other than a few free issues, each issue will cost you $1.99. There is absolutely no discount for buying multiple issues at a time.  Five hundred plus issues are currently available.