Tom Warren of The Verge has dusted off the old Xbox Surface rumor by claiming Microsoft is working on its own 7-inch gaming tablet to compete with the iPad mini and other portable gaming consoles. Warren said "multiple sources familiar with plans within Redmond" have confirmed earlier leaked specs were accurate, and the Xbox Surface will run a custom Windows kernel. The new device will also feature a custom ARM processor and high-bandwidth RAM suited for playing games. 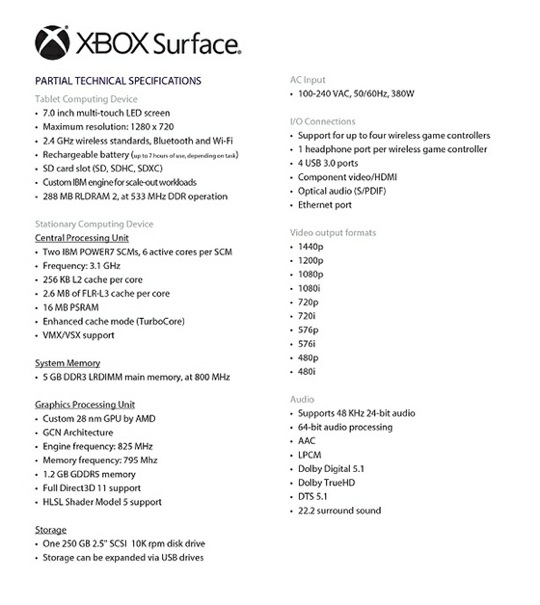 According to Warren's sources, Microsoft will develop the Xbox Surface in-house while any future "Xbox 720" console will be handled by outside companies like Pegatron or Foxconn.

"We've learned that part of the Xbox Surface is being developed at Microsoft's offices in Silicon Valley. The software giant recently locked down several Xbox-related buildings, limiting employee access to the company's Interactive Entertainment Business division. The lock down is likely related to Microsoft's increased testing of the tablet, providing a way for other parts of the Xbox team to build games and software for the device. Providing the project doesn't get killed in favor of a full 7-inch Windows tablet, in the same way Microsoft axed Courier, expect to see the Xbox Surface debut ahead of Microsoft's future Xbox console."

Can this Microsoft tablet make a dent in Apple's iPad sales? The keyboard is built into the smart cover and provides mechanical keys and a multitouch clickpad. Not only this, but you can get the Touch Cover in a variety of exciting colors. 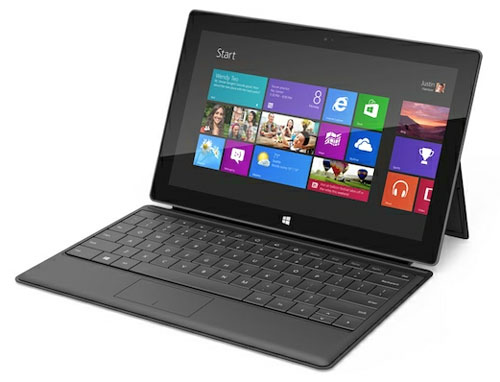 When it comes to the Surface itself, this tablet has a built in kickstand and measures just 9.3 millimeters thick. The lite version will run the Windows RT operating system, and will be priced competitively with the iPad. A second model will be more high-powered, with Windows 8 Pro and a thicker 14mm profile.

Microsoft could be releasing an iOS version of its popular Office suite later this year. A source at BGR echoes previous reports that an Office app for iOS devices is in the works. Microsoft denied last year's rumors, despite leaked photos of the iPad app in action.

The latest information indicates that Microsoft plans to launch the mobile office suite in November. This comes just one month after Apple is widely expected to release the sixth generation iPhone this October. The source at BGR claims to have already seen the Office app running on an iPad.

Microsoft is developing an iPad version of its popular Office suite for release sometime in 2012. According to a report in The Daily, the apps would likely be comparable in price to Apple's competing products Pages, Keynote and Numbers selling for $10 each.

Apple's productivity tools are designed to optimize use of the iPad touch screen, with redesigned menus and functionality for editing presentations, spreadsheets and text documents on the mobile device. With the iPad dominating tablet market share, it seems Microsoft is jumping into the fray to get a piece of the action.

Microsoft and Apple are working together to come up with a solution for problems with Hotmail's web interface in Mobile Safari on the iPad. Users have been experiencing issues composing mail or replying to messages when logged into their Hotmail account on the web.

Safari browsers have frozen up entirely on some iPad owners accessing Hotmail. Until the problem is tracked down and resolved, Microsoft had been redirecting iPad users to a mobile version of the Hotmail web site. The problems are said to be affecting a limited number of iPad users.