Senior Vice President of iOS Scott Forstall took the stand during Apple and Samsung's latest patent dispute. During cross examination by Samsung counsel Kevin Johnson, Forstall was shown a 2011 email sent by Eddy Cue. According to Cue, Steve Jobs was "receptive" to the 7-inch tablet idea after the launch of the Samsung Galaxy Tab.

Jobs called 7-inch tablets "useless" and said they would be "dead on arrival" in 2010. However, the Amazon Kindle Fire and Google Nexus 7 have proven there is a market for smaller, more affordable tablets. 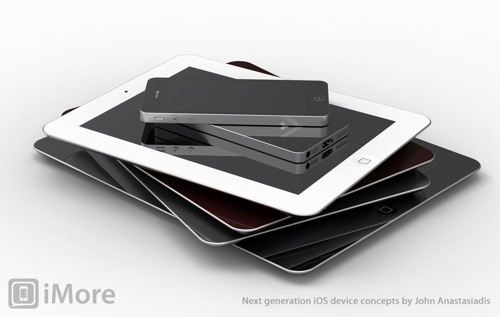 An iLounge source agrees that Apple will announce the iPad mini in 2012, but not until after the iPhone 5 launches in September.

"The iPad mini will apparently not be ready to ship at the same time as the new iPhone, and might have its own debut event. Our source says that it could ship by November, which we noted would be really close to year’s end, during a month that typically doesn’t see new hardware releases from Apple; our source stood firm on the target date."

Google's Nexus 7 tablet is already selling out at major US retailers like Gamestop, Staples and Sam's Club. GameStop told Reuters that it ran "through its first two allocations of the tablet" on Friday, and the device is currently out of stock on the Sam's Club and Staples' websites.

Google unveiled the 7-inch tablet at its 2012 keynote in San Francisco, California at the end of June. The search engine giant hopes that the new tablet will help it better compete against Apple and Amazon.com by boosting sales of its online content. Even though recent rumors have suggested Apple is also working on their own 7-inch slate, some proponents claim they will never release the rumored "iPad mini" since there is a lack of demand for smaller tablets. However, early sales of the Nexus 7 seem to suggest otherwise.

A model of the upcoming iPad mini has purportedly been photographed and leaked to Gotta Be Mobile. Photos show what the site claims to be an engineering sample, which is a scale model of the device used to improve production processes and test accessories designed for the tablet. 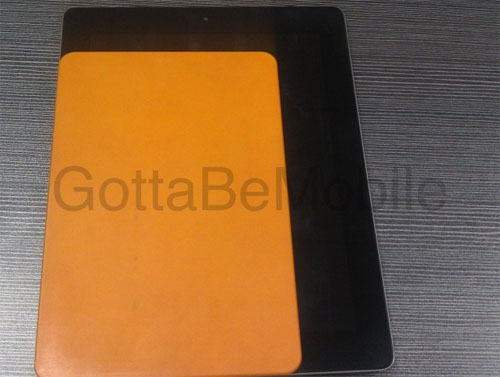 The photos of this plastic mold were delivered to the site by a "trusted source" within Apple's supply chain. According to current reports, production of the iPad mini is scheduled to begin at a Brazilian Foxconn plant in September. With a 7.85-inch display, this new iPad model will be approximately two-thirds the size of the Apple tablets seen to date.

Both the Wall Street Journal and Bloomberg claim that Apple is working on a smaller, cheaper iPad to compete with Google's $200 Galaxy Nexus tablet. Original iPad mini rumors stated that Apple was planning to launch a 7.85-inch iPad to compete with Amazon's Kindle Fire, but according to “people familiar with the matter” Apple has its sights set on both Google and Amazon. 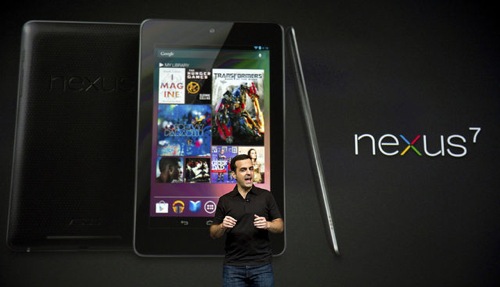 According to reports, Apple has told component suppliers "to prepare for mass production of the smaller tablet." Bloomberg's unnamed sources said the tablet will probably cost around $200 and be launched this October, the same month Apple is expected to announce their new iPhone.

The iPad mini refuses to die as more and more credible sources are confirming its existence.

The Wall Street Journal claims that Apple is testing "a new tablet computer with a smaller screen."

"Officials at some of Apple's suppliers, who declined to be named, said the Cupertino, Calif., company has shown them screen designs for a new device with a screen size of around eight inches and said the company is qualifying suppliers for it. One person said the smaller device will have a similar-resolution screen as the iPad 2. Apple is working with screen makers including Taiwan-based AU Optronics and LG Display of South Korea to supply the test panels, the person said." 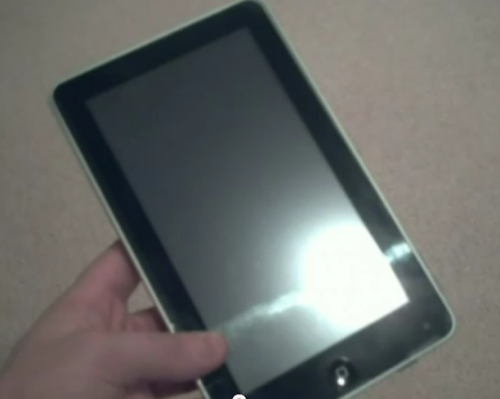 On Thursday, the Taiwan based The Liberty Times (via Makotakara) reported that both LG Display and AU Optronics have already passed certification tests for iPad mini LCD panel production, and are preparing to ship parts for over 6 million units.

Apple is looking to put a strangle hold on the tablet market by releasing the iPad mini for $200 to $250 in October, according to iMore. The tech blog cites a "proven reliable" source who claims that Apple wants to do what they did "with the MP3 market in 2004 with the expansion of the iPod product line." By releasing an affordable alternative to the new iPad and iPad 2, Apple will be able to compete with entry-level tablets like the Amazon Kindle Fire. 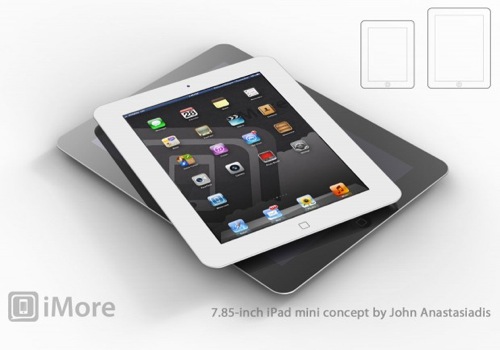 The source said that the 7-inch iPad will feature the same 2048x1536 resolution display as the new iPad.

"Our source has indicated, however, that the 7-inch iPad will be identical to the current 9.7-inch iPad, just scaled down. That seems to include a 2048x1536 resolution display, just like the new iPad. If accurate, that would put the pixel density at around 326 ppi, the same as the iPhone 4S (and higher than the 264 ppi new iPad) retina display."

The always dodgy DigiTimes is at it again, this time the publication claims Pegatron Technology is working on a 10-inch iPad to be released in Q4 of 2012. The DigiTimes is also sticking to its "iPad mini" story. Foxconn Electronics is allegedly manufacturing the 7-inch tablet for an August release. If the DigiTimes' sources are correct, then Apple will be releasing three different iPads in 2012.

According to John Gruber of Daring Fireball, Apple is experimenting with a 7.85-inch iPad prototype, but this does not mean it will necessarily see the light of day... Especially in 2012. This is also not the first time the DigiTimes has claimed Apple will release multiple iPads. Last year the publication claimed Apple would release a "complete iPad series targeting the entry-level, mid-range and high-end market" in 2012.

Sterne Agee analyst Shaw Wu told investors on Tuesday that it is a “question of when, not if” Apple would release the so-called iPad mini. Wu believes a 7.85-inch iPad would be "the competition's worst nightmare" since most companies can't compete with the higher priced new iPad and iPad 2. 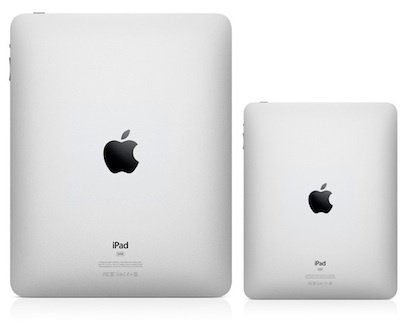 Wu is not the only analyst who believes Apple will enter the smaller tablet market to compete with Amazon and other tablet manufacturers. Technology Business Research analyst Ezra Gottheil told Computer World that the 7-inch tablet is a "good form factor for some users," and that he believes it has always been in Apple's plan to "protect that price flank."

The iPad mini is not a figment of the our imaginations, according to John Gruber of Daring Fireball. Gruber reported that a 7.85-inch version of the iPad does exist in a Apple lab somewhere.

"What I do know is that they [Apple] have one in the lab…a 7.85-inch iPad that runs at 1024×768... it’s just like the regular iPad shrunk down a bit,” Gruber said on episode #86 of The Talk Show. “I’ve heard from multiple people that this is something that they’re kind of noodling with.” 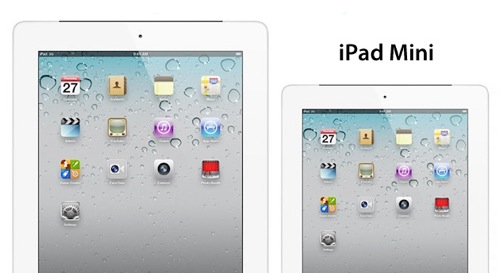 While this confirms a lot of rumors coming from the supply chain, it doesn't mean that Apple is planning on releasing a smaller tablet anytime soon, if ever. There have been many leaked Apple prototypes in the past that have never seen the light of day. Apple is known for taking a long time to develop products, so the iPad mini could see many incarnations before it's even considered for a release.