Cartoon Network has released a new app titled Card Wars for all iOS devices. The game is based on the episode of Adventure Time with the same name. Card Wars is a Magic: The Gathering-inspired game where users summon creatures and cast spells using decks of collectible cards. 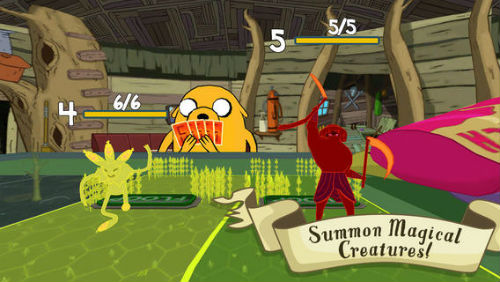 Players can play as Finn, Jake, BMO, Princess Bubblegum, Marceline and Flame Princess, and summon warriors like Husker Knights, Cool Dog, the Immortal Maize Walker, and Pig. Players can also collect additional cards by defeating opponents, and earn experience to level up their creatures, spells, and towers, or fuse them together. Card Wars - Adventure Time is available on the App Store for $3.99 and it is compatible with all devices running iOS 6 or later.

Flappy Bird's overnight success was short lived after developer Dong Nguyen deleted the game from the App Store on 02/09/13. It is unknown why the game was pulled, but Nguyen said it was not due to "legal reasons."

The App Store hit known for being one of the hardest and worst mobile games on the market only has 22 hours left to live. Flappy Bird creator Dong Nguyen tweeted: "I am sorry 'Flappy Bird' users, 22 hours from now, I will take 'Flappy Bird' down. I cannot take this anymore." 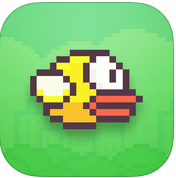 Nguyen said he is not pulling the app "due to any legal issues," and that he is not interested in selling the game. The Flappy Bird creator also recently tweeted that the press was "overrating" the game's success and all he wants is "peace".

The first officially licensed game based on the cartoon Masha and The Bear is now avilable for iOS devices. Masha and the Bear: Search and Rescue is a side-scroller where players must use a hot air balloon to save rabbits from a flood. Along the way players can also collect candy to spend on items and power-ups from the in-game shop. 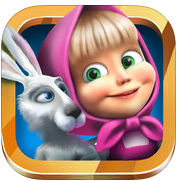 The app's cute story based on old Russian folklore, easy to use controls and lack of any danger make it a cute and innocent game for children to play. The game has been a hit on the Russian App Store, and the Masha and The Bear cartoon has been gaining popularity in Europe and Asia.

“We know there are huge numbers of Masha fans worldwide, and as lovers of the cartoon ourselves, we took our responsibility very seriously," said Game Manager Maxim Kochurin. "Long hours and every bit of effort has gone into not only creating the best possible game, but also one which encapsulates the passion, delight and vibrancy of the characters and the world they live in. In our opinion, we’ve achieved what we set out to do. We love the game and we are sure parents and children around the world will love it as much as we do.”

Square Enix’s Final Fantasy VI is now available for the iPad and iPhone. The game is considered one of the best video games ever released and it one of the most popular titles in the Final Fantasy franchise. The mobile version features iCloud support, recreated graphics and the magicites and events from the 2006 remake. 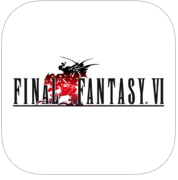 Final Fantasy VI was originally released to the SNES in 1994, and it has also been ported to the PlayStation and Nintendo's Game Boy Advance. The game has shipped an estimated 3.48 million copies worldwide, and it has received rave reviews from video game publications such as GamePro (5 out of 5) and Electronic Gaming Monthly (9 out of 10).

Toad Rider is a new iOS game that looks a lot like the 1991 NES title, and popular internet meme, Battletoads. The game is an endless runner where players must use a "hoverbike" to help Zody the Toad escape a group of evil scientists. 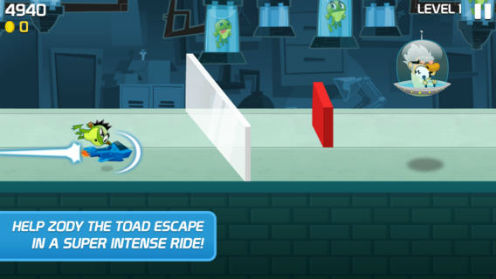 Toad Rider not only sounds like Tomb Raider, but it heavily draws on the iconic Turbo Tunnel level of the original Battletoads game. In stage 3 of Battletoads, players are also tasked with navigating dangerous obstacles while riding "speeder bikes". The Turbo Tunnel is so notorious for being impossible to navigate that it was highlighted on its own episode of the Angry Video Game Nerd.

Marvel Entertainment has released Marvel Run Jump Smash for iOS devices. The game is an endless runner title that looks a lot like Jetpack Joyride. Users can play as Iron Man, The Incredible Hulk, Captain America and Black Widow. The official game description says you can unlock additional super heroes such as Spider-man, but according to the customer reviews section they are pretty hard to achieve. There are also a lot of complaints about bugs and crashes, so you may want read a few reviews before deciding to buy the game. 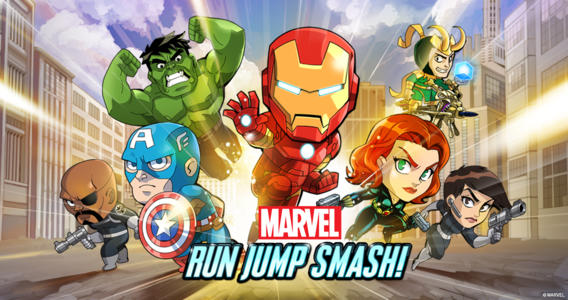 In the game, players must use different super heroes to take down various super villains from the Marvel universe. Each character has a special attack, and users can earn coins to upgrade their characters and buy power-ups. Marvel Run Jump Smash features leader board support, iconic Marvel locations, and the official app description promises more super heroes and locations will be added in future updates.

SteelSeries announced today that its Bluetooth Stratus game controller is now available at Apple stores and at Apple.com for only $79.99. Customers who have already pre-ordered the Stratus from the SteelSeries website for $99.99 will also receive the new $79.99 launch price. 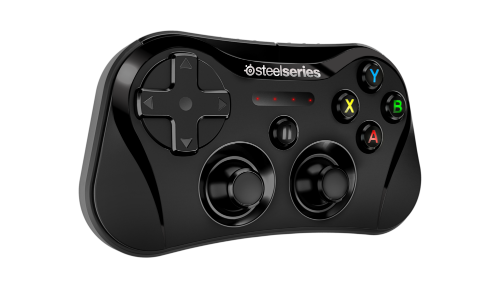 The Stratus made news at CES because it is the first wireless iOS 7 controller that supports the iPad, iPhone and iPod touch. Other iOS 7 controllers, such as the Moga Ace Power and ClamCase GameCase, only work with the iPhone or iPod touch. These controllers also require that you attach them to an iOS device for them to function. The Stratus differs because it connects to iOS devices via Bluetooth 2.1, instead of needing the Lightning connector like the other controllers on the market.

Bardbarian is a new RPG / tower defense game from the same studio who brought us Soldiers vs. Aliens. The game follows Brad, a barbarian who uses music to inspire his neighbors to defend their town from their attacking enemies. 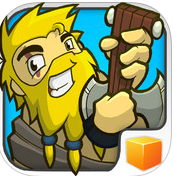 The game promises to deliver a "unique, hybrid, genre-bending" experience that crosses several genres such as RPG, tower defense, and an arcade shoot-em-up. The game also features hand-drawn original artwork, 12 unlockable characters with over 200 possible party combinations, 4 boss battles and a rock/metal soundtrack by Maximum Satan.