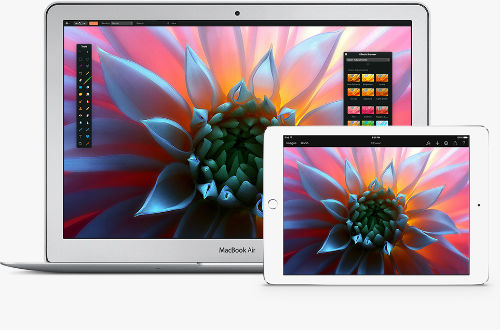 Both the iPad Air 2 and iPad mini 3 are now available for pre-order. Apple (NYSE:AAPL) fans can pre-order the new tablets through Apple.com, AT&T and Best Buy. Verizon Wireless, Sprint and T-Mobile have not opened pre-orders at the time of this post. Walmart, Target and Amazon.com are also expected to start carrying the new iPads in the near future. Apple stated at its keynote on Thursday that the iPad Air 2 would start shipping “later next week".

Apple today announced its second-generation iPad Air 2 and third-generation iPad mini 3 at its Town Hall Auditorium in Cupertino, California. While both devices are indeed impressive, Tim Cook and his team did not announce anything about the new tablets that wasn't already previously leaked. As expected, both the iPad Air 2 and iPad mini 3 will ship with the same Touch ID fingerprint sensor found on the iPhone 5s, 6 and 6 Plus. This will allow iPad users to unlock their devices without having to type in a password, and give them the ability to make easy online and in-app purchases when using Apple Pay, which launches this Monday along with iOS 8.1. 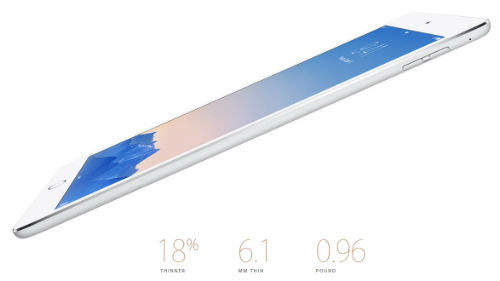 The most noteworthy feature of the iPad Air 2 is once again its design. Apple managed to make the new tablet 18 percent less thinner (6.1mm thin and 0.96lb) than its predecessor while creating the "fastest, most powerful iPad ever". The second-generation iPad Air is powered by a new A8x chip that delivers 40 percent faster CPU performance, and it is equipped with a 2048‐by‐1536 resolution (264 ppi) Retina display with new anti-reflective coating that reduces glare by 56 percent.

The iPad Air 2 is only 6.1mm thin making 18% thinner than the original iPad Air and the thinnest tablet currently on the market, according to Apple. 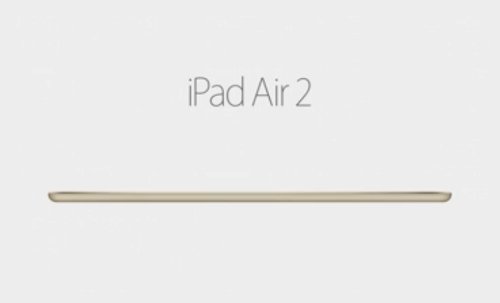 No, the iPad Air 2 does not ship with NFC (Near Field Communication). Apple introduced NFC to the iPhone 6 and iPhone 6 Plus for its new Apple Pay mobile payment system. Since it is unlikely that customers will be making in-store payments with their 9-inch tablets, there is no need for the iPad to feature NFC. The iPad Air will however support Apple Pay with the release of iOS 8.1 for online and in-app purchases.

Both the iPad Air 2 and iPad mini 3 are equipped with Apple's Touch ID fingerprint sensor. The iPod is the only remaining iOS device that does not ship with the security feature.

Touch ID allows users to unlock their device without the need of a password and to make onlineor in-app purchases using Apple Pay.

You can learn how to setup the Touch ID sensor for all iOS devices here.

The next generation iPad Air will definitely debut tomorrow and, considering some premature iTunes uploads, quite possibly the iPad mini 3. According to one analyst, the iPad Air 2 supplies could be limited. 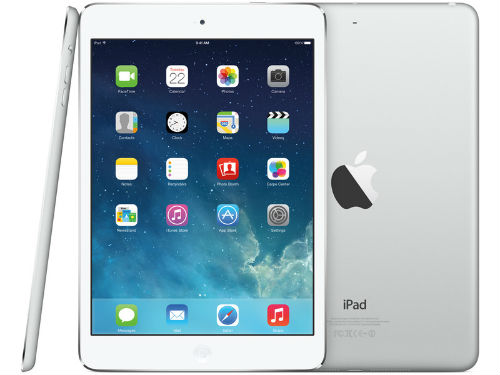 KGI Securities analyst Ming-Chi Kuo, in a note to investors obtained by AppleInsider, wrote that production issues will likely limit the initial supply. Specifically, there are yield rate issues concerning the anti-reflective display coating on the new tablet, meaning a larger than expected amount of screens produced are defective. He expects anywhere from 7 to 9 million units to ship for launch. By comparison, 12 million iPad Air units shipped when it launched last year.

There was never any doubt that Apple planned to announce the iPad Air 2 tomorrow, but there was some uncertainty about the future of the iPad mini, until now. Apple has prematurely uploaded the iOS 8.1 iPad user guide to iTunes with details about the second-generation iPad Air and third-generation iPad mini. 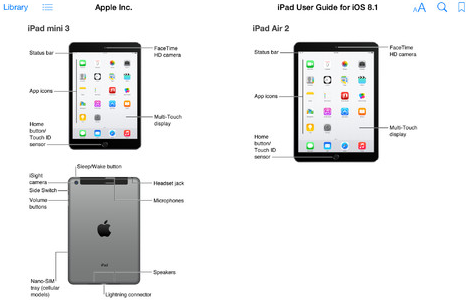 As you can see from the screenshot posted above, both the next-generation iPad Air and iPad mini will ship with Touch ID. The leak also shows that the iPad Air iSight camera will now feature Burst Mode, and that the new tablets will be named the "iPad Air 2" and "iPad mini 3," like we have always expected.