Here are the official release notes:

• Improves iBeacon connectivity and stability
• Fixes a bug with data transfer for some 3rd party accessories, including bar code scanners
• Corrects an issue with data protection class of Mail attachments

Apple released iOS 7.1.1 on April 22, 2014. The minor update further improved the Touch ID fingerprint sensor on the iPhone 5s, and it fixed a minor bug affecting the stock iOS keyboard.

Here are the brief release notes for iOS 7.1.1:

As expected, Apple's latest iOS 7.1 beta, which was seeded to developers earlier today, patches more exploits used by evasi0n7. The creator of the iOS 6.1.3 p0sixspwn jailbreak, iH8sn0w, tweeted that Apple has fixed the ‘chown’ vulnerability used by the evad3rs to jailbreak iOS 7. If he is correct, jailbreakers will want to avoid iOS 7.1 when it is publicly released. 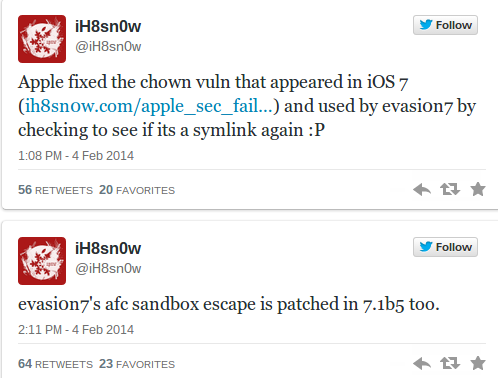 The team behind evasi0n7 hasn't confirmed that iOS 7.1 kills their jailbreak, but they rarely comment on Apple betas. Jailbreakers may still want to take precaution and make sure they're updated to the latest version of iOS 7.0. This is also the time to jailbreak, if you haven't already done so.

Apple removed the ability to swipe left to access the "hidden first screen" or Spotlight search in iOS 7. You can still access Spotlight search from the Home screen of your iPad, iPod touch or iPhone, you just have to do it differently.

Here's a quick look at some the available tweaks in Cydia that will allow you to customize and have more control over your Control Center in iOS 7. All the tweaks listed below require a jailbroken iOS device running iOS 7 to work. You can learn how to jailbreak your device here. 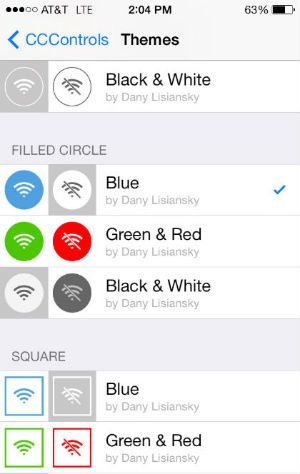 CCControls: Free (ModMyi repo) - The first thing themers are going to want to do is customize their Control Center, and CCControls allows you to do just that! Users can add and remove toggles, change the shape and color of their toggles and decide which toggles can be accessed from the Lock screen. There are currently 24 toggles and 15 stock themes to choose from (with the ability to add more). 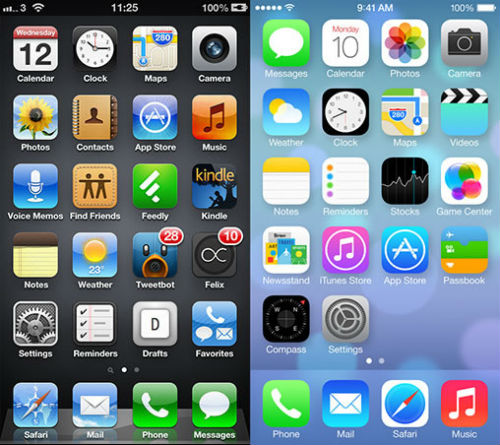 Third party iPad keyboards are not only a great way to free up space on your iPad or iPad mini's display, but most of them offer full-size keys and iOS shortcuts to make life much easier. And now with iOS 7, Apple has added the ability for developers to add these shortcuts to stock apps like Safari, Mail, and Pages. Not every OS X shortcut is available on iOS, but a few Apple bloggers have taken the time to sniff out what is available. Here is what they found using an iPad mini and a Logitech Tablet Keyboard.

The team of developers currently working on an iOS 7 jailbreak have checked out iOS 7.0.3 and deemed it safe for jailbreakers. The evad3rs are currently in a "reconnaissance phase" to determine if they can crack iOS 7, and have said the latest firmware update will not interfere with their upcoming jailbreak. This means iOS users who hope to jailbreak their devices in the future can safely upgrade to iOS 7.0.3.

You can disable the 3D / parallax effect on your iPad by navigating to Settings -> General -> Accessibility -> Reduce Motion -> ON. Just tap the slider to switch it to the OFF position.

The parallax effect has been accused of giving some iOS users motion sickness, and it is also a big drain on your battery. You can find more iOS 7 battery saving tips here.