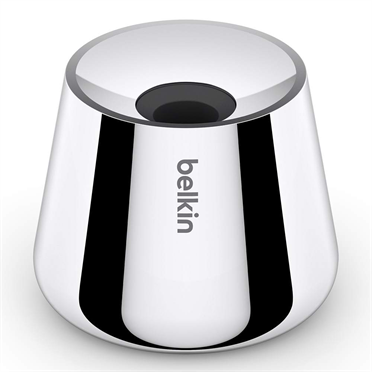 Belkin's newest product is a simple stand that works like a traditional inkwell for the Apple Pencil. It doesn't do anything fancy, such as charging, but it does provide a fashionable way to store your stylus when it's not in use. There are several Apple Pencil cases and accessories that attach your stylus to your iPad Pro, but most of them are unsightly and are only for transportation. The Belkin Base is a desk accessory that allows you to keep you Pencil nearby and ready for use.

Better late than never, the Belkin QODE Thin Type keyboard case for the iPad Air is now available through Belkin.com. The case's lightweight (12 ounces) and thin design (4 millimeters) adds very little bulk to your tablet. It is made of unibody anodized aluminum and it features "smart sensing technology" that wakes your iPad when it is needed. 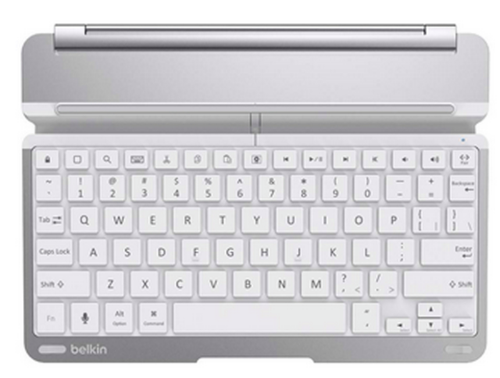 The keyboard includes easy to use TruType keys and function-specific keys for copying and pasting adjusting volume and so on. The case also holds your iPad at about 35 degrees to give you a laptop-like typing experience. Other features include Bluetooth support and a promised 79 hours of active battery life.

You can take advantage of the $10 and $12 designer cases at while supplies last at Belkin.com. 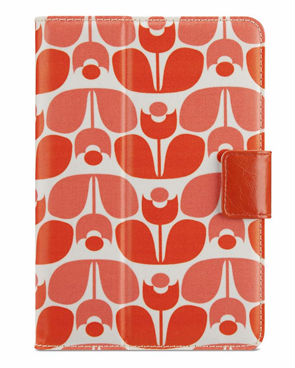 You can use the promo code WELCOME15 during checkout to save 15% on your entire order. The 15% may not stack with other deals.

Belkin's iPad Air accessories will be available in early November. Apple fans who plan to buy the fifth-generation Apple tablet can sign up for email notifications for the new cases at Belkin.com.

The Belkin Express Dock for the iPad is now available for purchase. The dock features a 4-foot USB cable and Lightning connector that works with the iPad 4, iPad mini, iPhone 5, and iPod touch 5th generation. The dock is also equipped with an adjustable dial so it can accommodate "most" iPad cases.

The built-in 4-foot USB cable allows you to connect the dock to your laptop so you can sync and charge at the same time, or you can connect it to your own power source or wall outlet. The dock also keeps your device in an upright position so you can watch videos, read or surf the web while charging.

Accessory maker Belkin announced today that their handheld home theater for the iPad is now available with Lightning I/O. The Thunderstorm made its debut back in January at CES 2013, but it's now compatible with the iPad 4, instead of just the earlier 30-pin Apple tablets. The amplification system is powered by Audifi, and it features an integrated dock connector with front-facing speakers, and integrated air channels for "booming, deep bass that you can actually feel while holding your device." 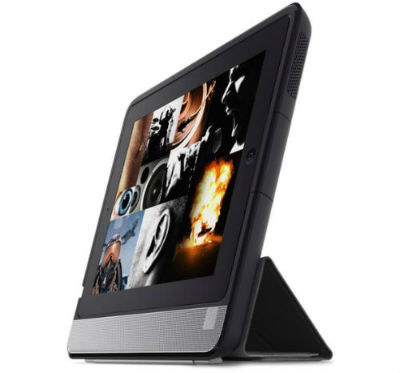 The Belkin Thunderstorm features a "comfort-grip" surface, and a lightweight, slim design, which makes it easy to carry and hold while it is in use. Its is also optimally calibrated to deliver great sound effects and music while playing games on your iPad. The Thunderstorm is compatible with the free Thunder app, which gives users extended control of the device.

The Grip Sleeve from Belkin layers neoprene and silicone to protect the iPad from scratches and dents. Laser etched patterns on the silicone and the Grip's textured surface makes it easy to hold. A reinforced panel on the inside of the sleeve protects the iPad screen. The case is hand-washable and comes in plum or black for $39.99.

The Belkin Max Sleeve has a soft quilted lining and a pleated neoprene exterior. An extra reinforced panel protects the iPad screen and the Max Sleeve expands large enough to carry accessories such as cables and adapters. The Max is so lightweight it can be placed inside another bag or collapsed flat when empty. The case is hand-washable and comes in plum or black for $39.99.

Belkin's Vue Sleeve consists of neoprene with a soft quilted lining and an extra reinforced panel to protect the screen. On the outside of the case is a see-through pocket with a zipper for personal items and iPad cables, etc. The pocket is expandable and the Vue sleeve is so lightweight it can be placed inside another bag. The case is hand-washable and comes in plum or black for $39.99.