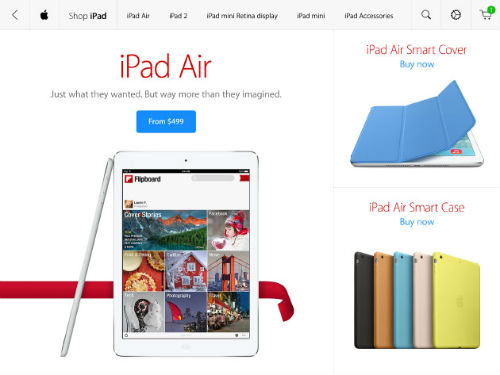 The iPad version features the ability to use pinch gestures to zoom, browse and compare products, and features high resolution images that take full advantage of the iPad's Retina display. Users are already praising its interface and design, but have also noticed that some features from the iPhone version like EasyPay are missing from the iPad app.