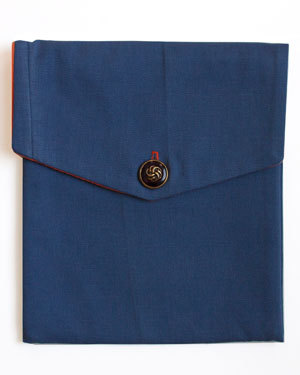 I feel stupid just typing the name "iPad Head Girl," but I had to share the odd marketing campaign for the new iPad app called Cosmo For Guys. Hearst created a video of a women with four iPads attached to her head to promote their new digital magazine for men. The whole thing looks staged and just flat out weird, especially when one guy touches her face to launch the Cosmo For Guys app. 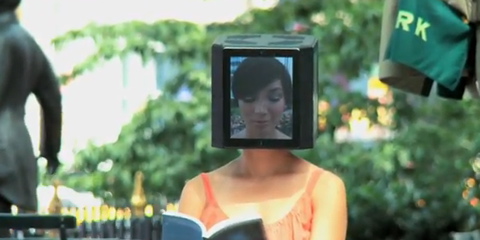 “The concept and analogy here is to show a guy ‘getting inside a girl’s head’ and sort of ‘reading her mind’ by flipping through the magazine pages on the iPad. The reason for that is: it is the first magazine for men that is written by women, so for the first time women are letting guys in on what they think,” Creative Director Michael Krivicka told The Next Web.

Do you want to watch Flash video content on your iOS device, but want to keep using Safari as your browser? Skyfire has launched VideoQ, an app that allows you to continue to use Safari, while giving you the option to save and watch videos that it won't play. 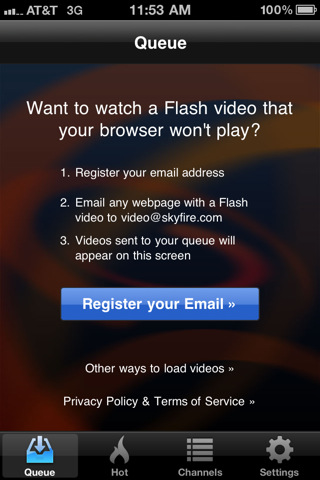 VideoQ is pretty easy, all you have to do is download the app from the iTunes Store and register your e-mail address. Once activated, you can save videos by e-mailing the link to Video@skyfire.com. This will save the video in your personal video queue so you can watch it later.

The new Star Trek app from CBS Interactive converts any iPad into the ultimate Trekkie experience by simulating the LCARS interface seen on Star Trek: The Next Genration. iPad users can now access the official Star Trek operating system and history of the series with a complete Star Trek encyclopedia. The PADD database includes information on all the aliens, planets and ships who have appeared in the Star Trek universe over the past 40-years. 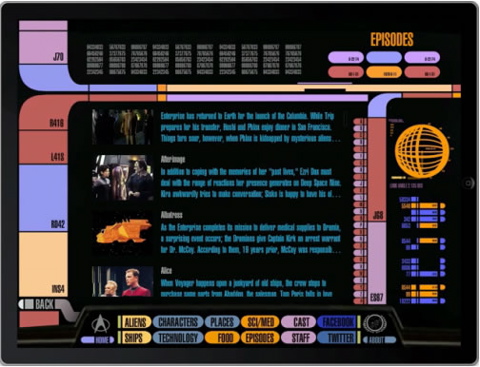 Fans can access information from all the Star Trek shows, including the short-lived Enterprise series, while being guided by the iconic computer voice made famous by Majel Barrett Roddenberry. The app also features Facebook and Twitter integration so Trekkies can keep updated on all the latest Star Trek news.

Glasses free 3D technology is a hot item in the Android market, and now Apple is getting in on the action. A Japanese firm announced a new lenticular lens technology that utilizes a thin piece of film to create an illusion of depth.

The new Pic3D film can turn your iPad, iPhone, iPod touch or any LCD display into a naked-eye 3D device. iPhone and iPad sized sheets will begin rolling out in August, priced at $25 for the iPhone model and $186 for the iPad sized film.

All the user has to do is place the scratch guard-like film over their device and watch side-by-side video formats to create a 3D experience. This is the first technology that allows a glasses free 3D effect for almost any device without any major modifications.

The iPhone sure beat crayons when trying to keep toddlers entertained at a restaurant, but some parents may want to keep their expensive Apple devices away from curious babies. That's why Tigcreative invented the the anaPad. A baby friendly iPad mockup built from magnetic white board, with "Companion app magnets."

Now your child can have their own iPad to play with, and hopefully leave yours alone. 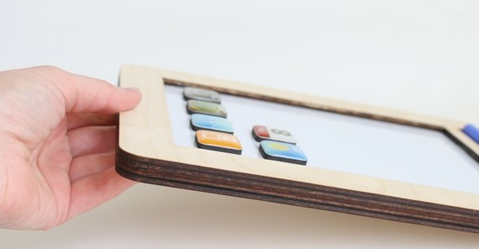 It looks like Marie Claire took Rolling Stone magazine co-founder, Jann Wenner's advice, and found a way around Apple's app store. The fashion magazine used a new product called Onswipe, to create a tablet-friendly version of their website by giving it the look and feel of a touchscreen mobile app. The best part is, Onswipe will help anyone give their website the touch-and-swipe experience, and they're doing it for free.

"It opens the floodgates to creativity by driving the price point down to zero," Onswipe adviser John Klein said. "This is one product that needs virtually no selling." 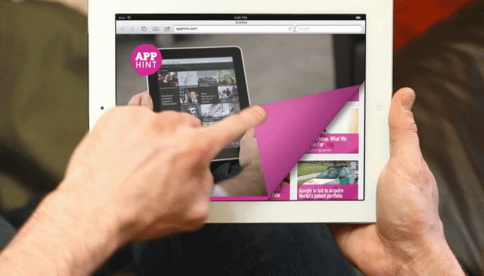 Onswipe earns revenue from interstitial ads placed on the tablet-friendly sites, which allows publishers to keep the money made from subscription sales. It also cuts down on having to create or pay someone to create apps, and from having to share any profits with Apple.

“The tablet is the TV of our generation,” Baptiste said. “We think publications can get the kind of money brand advertisers are used to spending in the print world.”

It only took them over a year but Facebook is finally coming to the iPad. According to The New York Times, people are being briefed on the new social networking app that Facebook plans to launch in coming weeks.

The free app is being overseen personally by founder Mark Zuckerberg and is designed to be used with the iPad's touch-screen interface. Users will be able to shoot and upload pictures and video with the iPad's cameras, and Facebook Groups and Chat will feature a more iPad-friendly look and feel. 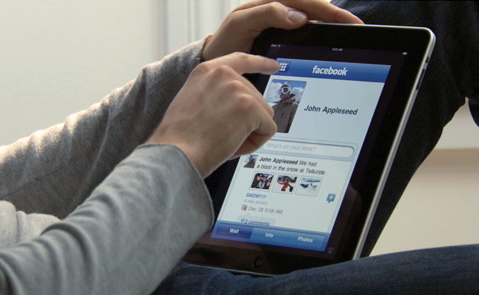 A person who has seen the app told the Times that the photo/video experience is "amazing."

Co-founder of Rolling Stone magazine, Jann Wenner, believes the death of the print media is decades away, and says magazine publishers are crazy for embracing the iPad.

In an interview with Ad Age Wenner said publishers are being motivated by "insecurity and fear," and are throwing away their magazine businesses by already selling digital subscriptions through iTunes.

"To rush to throw away your magazine business and move it on the iPad is just sheer insanity and insecurity and fear. And because it coincided with the ad recession, they conflated the two events until they themselves believed that magazines are dead."

Wenner doesn't believe the amount of magazines sold digitally makes it worth surrendering to Apple so fast. He said the publishing industry should look at the music industry who were too quick to giveaway digital sales to Apple. "The music business more screwed itself than Apple screwed it," Wenner said. "I think Apple's within its rights to do what they decided to do. They wanted to control pricing. The music business failed to do those things." 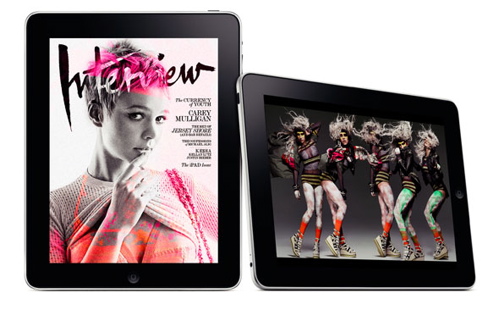 This doesn't mean Rolling Stone will never make the digital leap. In Wenner's opinion it will take a generation or two before print media is totally dead, and he's just in no rush to mortgage his future away.

"At some point I'm sure [Rolling Stone] will be on the iPad but I'm not in any rush to break what I consider fundamental principles of what the magazine industry has to have and make a deal with Apple that will mortgage me into the future on the basis of getting 2,000 copies sold a month."

Apple CEO Steve Jobs may think the iPad is a "truly magical and revolutionary product," but we bet he didn't expect birds to fly out of his tablet computer. Shinya, otherwise known as "Salary Magician" demonstrates his latest performance on a street corner in Japan.

With entertaining animations and some carefully timed prestidigitation, Shinya demonstrates a brand new use for the iPad: magician's assistant. It might have been even more interesting to see him cut the iPad in half on a stage, however these tricks are worth a watch.