As with every mass produced product that hits the market, every once in a while something goes wrong. Apple is no stranger to screen issues over the years, with some units of the original iPad suffering from backlight leaks and the iPhone 4 shipping with discoloration due to wet glue. Now that the third generation iPad has shipped, some users are reporting a overly yellow hue on their tablets. 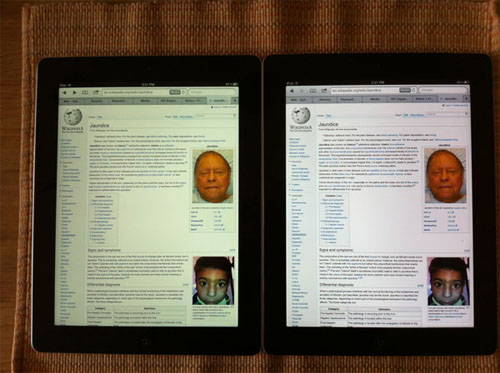 Millions of iPad 2 units are already in the hands of consumers, and Apple's tablet is set to launch in several additional countries starting tomorrow. As with any product, sometimes users face manufacturing issues or other problems.

For the most part, the iPad 2 has received outstanding reviews and demand continues to exceed supply across the country. Some unlucky users have experienced problems, although Apple is quick to respond thanks to the Apple Care warranty included with iPad 2 purchase.

The iPad 2 is in short supply and Apple is shipping tablets as quickly as possible. With hundreds of thousands of units already in the hands of consumers, some unlucky iPad 2 users have experienced problems on the display. Some of these issues have been seen before, such as yellowing while adhesive dries and dead pixels. 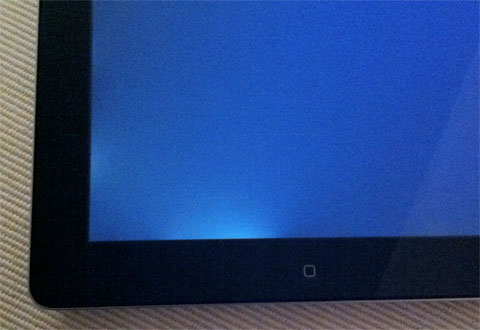 Pictured above is a new problem reported by some iPad 2 owners experiencing backlight bleeding on the edges of the screen. This photo was posted at iSource, showing a large light bleed from the edge of the LCD panel to the left of the home button. Smaller light leaks can be seen on the left edge of the iPad 2 bezel.