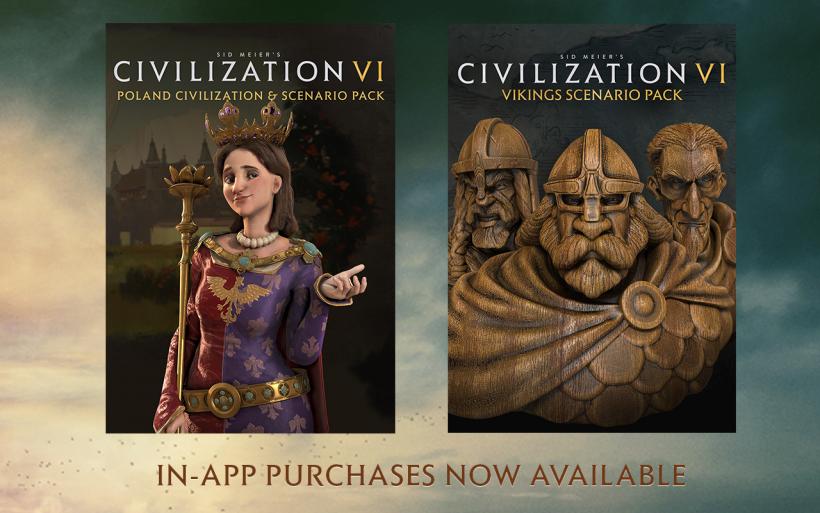 Each pack is available as a $4.99 in-app purchase. Both packs require the full game to be unlocked to play.

The full version of the game is currently $29.99 (or 50% off) until March 1st. This means you can unlock the full game and purchase both packs for a total of $39.97. This is a decent price when you consider that the iPad version is a full port of the PC version. You can even play the first 60 turns for free in case you want to give it a test run before dropping $30 to $40.

Sid Meier's Civilization VI requires an iPad Air 2, iPad 2017, or any iPad Pro running iOS 11.0 or later. Aspyr Media suggests restarting your iPad and quitting any apps running in the background for the best experience.