Stranger Things gets an update on the App Store 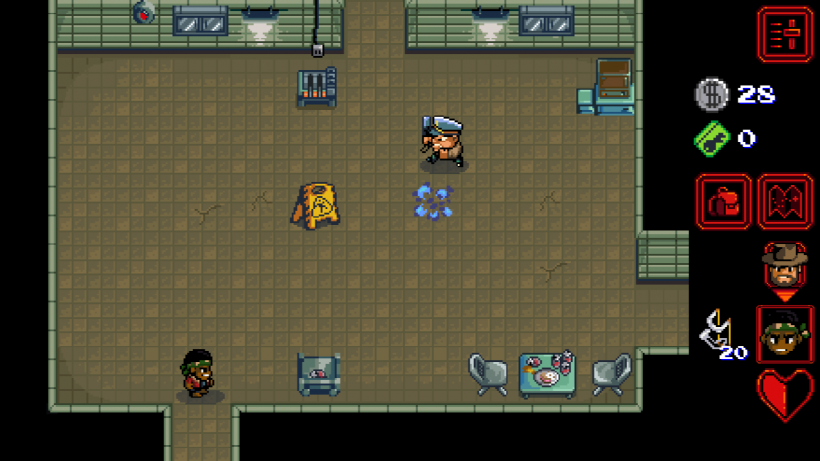 Originally slated for October 31st, the second season of the Netflix original series Stranger Things launched a few days early, pitting it against the previous king of Halloween weekend, Jigsaw. The 8th film in the Saw series came in just a bit behind expectations at the box office, but it still managed to nab the number one spot of the weekend dethroning Tyler Perry's Boo 2! A Madea Halloween. It is unclear if the early launch of Stranger Things affected Jigsaw's return to theaters, or if the series just doesn't pack the same box office punch as it did in the past. While Saw and Stranger Things battled for eyeballs this weekend, the Strangers Things iOS game also received an update.

Like the show, Stranger Things the game is a love letter to the 80s with its 8-bit graphics and soundtrack. The game takes place in Hawkins, Indian at various locations from the hit series, such as Mirkwood Forest and Hawkins Lab. It is a top-down puzzle, adventure title where you play as Hopper and other charters from the show in an all new adventure. You must use the different abilities of each character to defeat enemies and solve puzzles. The gameplay and overall look reminds me of The Legend of Zelda or other action, adventure titles of the late 80s and 90s.

On Friday, to coincide with the release of Season 2, Stranger Things the game was updated with a new playable character, a new Hawkins High School dungeon and new quests. version 1.0.252 of the game is available for free on the Apple App Store.

Stranger Things for iOS is proof that not all free promotional titles have to be horrible disasters. The game is well made, a lot of fun and it is nice to see that it is being supported with additional content. Hopefully the rest of the entertainment industry starts to follow Netflix's lead and realizes that releasing quality content is always going to earn you more fans. Even if that content is a simple 8-bit mobile game.