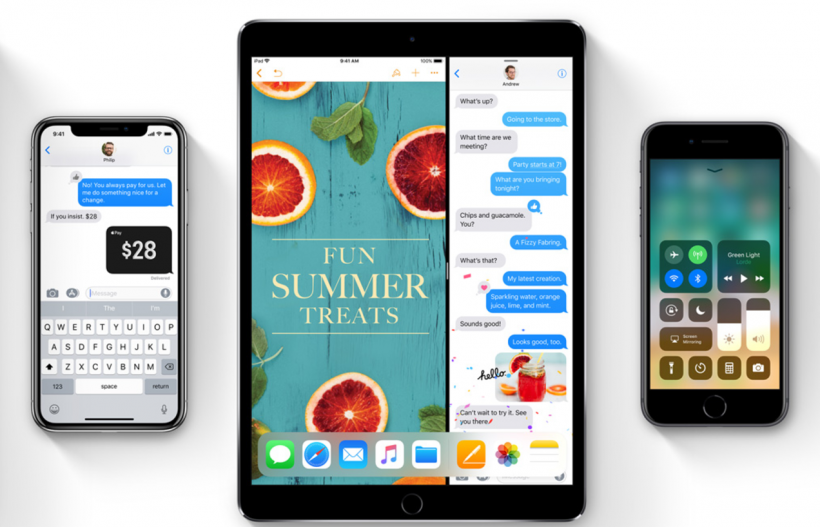 Apple describes iOS 11 as "a giant step for the iPhone," and "a giant leap for the iPad." This is because iOS 11 is the first major update in a long time to include iPad-specific features, such as a new Files app, an improved Dock and new and improved multitasking abilities.

Other iOS 11 features include Drag and Drop capabilities on the iPad, new Apple Pencil features for the iPad Pro lineup, a QuickType keyboard, AR support for apps, Apple Pay in the Messages app, new message effects, new photo filters, Live Photo effects, and many more. The App Store has also been redesigned and Siri is now "more natural and expressive."

You can see the iOS 11 security release notes here.