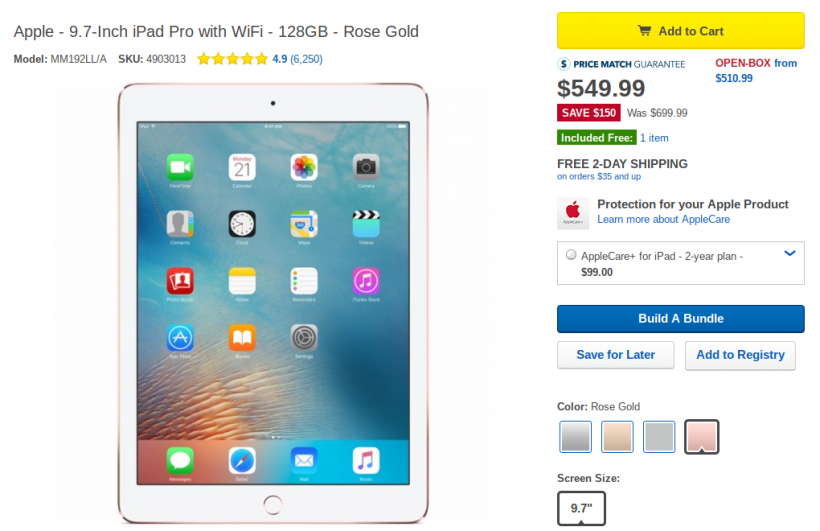 Best Buy is offering up to $150 off the 9.7-inch iPad Pro in multiple configurations. The discount makes most models only around $100 more than the current 9.7-inch iPad model. Hit the links below to take advantage of the Best Buy deal before all models sell out.

The 9.7-inch model was released in 2016 before being replaced by the 10.5-inch iPad Pro released this year. The 9.7-inch Pro is equipped with a 2,048x1,536 Retina display, a 12MP camera, 5MP front-facing camera, Touch ID and it includes Apple Pencil support. It is powered by Apple’s 64-bit A9X chip with M9 motion co-processor.

As a comparison, the current 9.7-inch model only ships with an 8- and 1.2-megapixel cameras, no Apple Pencil support, and a Lightning connector but not Smart Connector.

The current 10.5-inch iPad Pro is available starting at $649 at both bestbuy.com and apple.com.