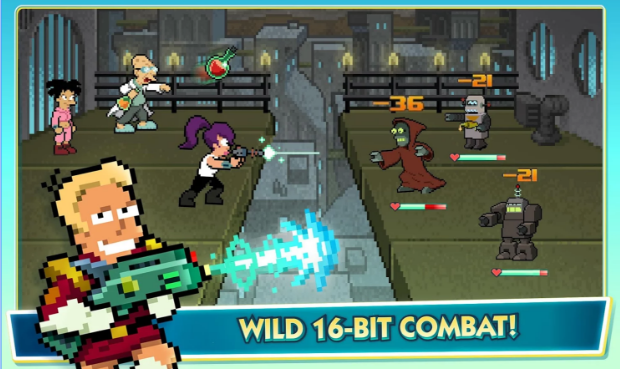 In Worlds of Tomorrow players can design their own version of "New New York and explore unfamiliar planets in a mission to save the universe," according to the official Google Play description. The game features RPG-like 16-bit combat, choose your own adventure elements and the ability to customize characters in different outfits.

Worlds of Tomorrow was created by original creator Matt Groening, and co-developer David X. Cohen. It also features an all-new story from the creative team behind the original Fox series, including the original animators and cast.

You can pre-register for the game at Google Play or the Worlds of Tomorrow mini-site.

Futurama: Worlds of Tomorrow will be available on both the Apple App Store and Google Play on June 29th.