New iOS Games and Apps of the Week: Warhammer Da Orks and more 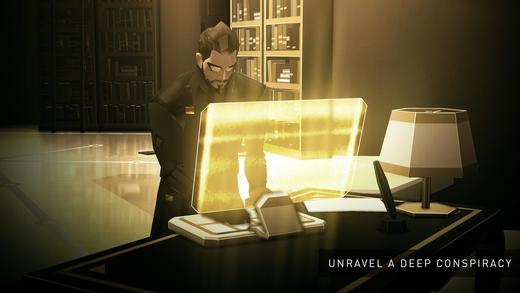 Slitherine has released the followup to its turn-based strategy game Warhammer 40,000: Armageddon. Da Orks is set during one of the one of the most iconic conflicts in the Warhammer 40,000 universe. Players are in control of an invading Ork army and must defeat the Imperial forces of the Armageddon Steel Legion and Space Marines in a large campaign. Da Orks divides the Second War for Armageddon into 3 acts and 18 separate scenarios. It includes over 400 units and 200 weapons and more. Warhammer 40,000: Armageddon - Da Orks is available now on the Apple App Store for $14.99.

Deus Ex joins Hitman and Lara Croft as part of Square Enix's popular GO series. The GO games are turn-based puzzle titles based on existing video game series, like the Tomb Raider franchise. In the GO games, players must solve puzzles while making their way through a new story in the already established title universe. For example, Deus Ex is a infiltration, puzzle game starring agent Adam Jensen. It features over 50 challenging story levels, daily puzzles and a new story that promises to "keep you on your toes." The GO games are a fun way for fans to play as their favorite video game characters on mobile devices.

Deus Ex GO is available for $4.99 on the Apple App Store.

Here are more games and apps released to the App Store this week: