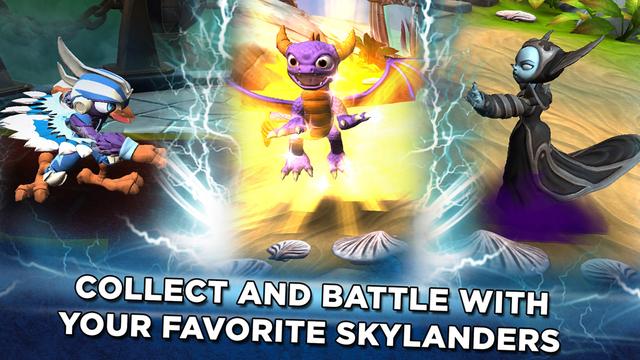 Square Enix has released the first English version of the classic 1993 RPG, Romancing SaGa 2 to the App Store and Google Play. Originally released to the Super Famicom system in Japan, the fifth game in the 'SaGa' series has been remastered in English with iOS optimized controls. The iOS version also features new material, such as dungeons, character classes and a mini-game. Romancing SaGa 2 is available now for $17.99 on the App Store.

Activision has launched a collectible card game based on its popular Skylanders series. Skylanders Battlecast allows players to unlock and collect both digital and physical character, spell and gear cards to battle in PvP multiplayer matches, or take on Kaos and his legion of evil in over 64 single player missions. Skylanders Battlecast is available for free on the App Store.