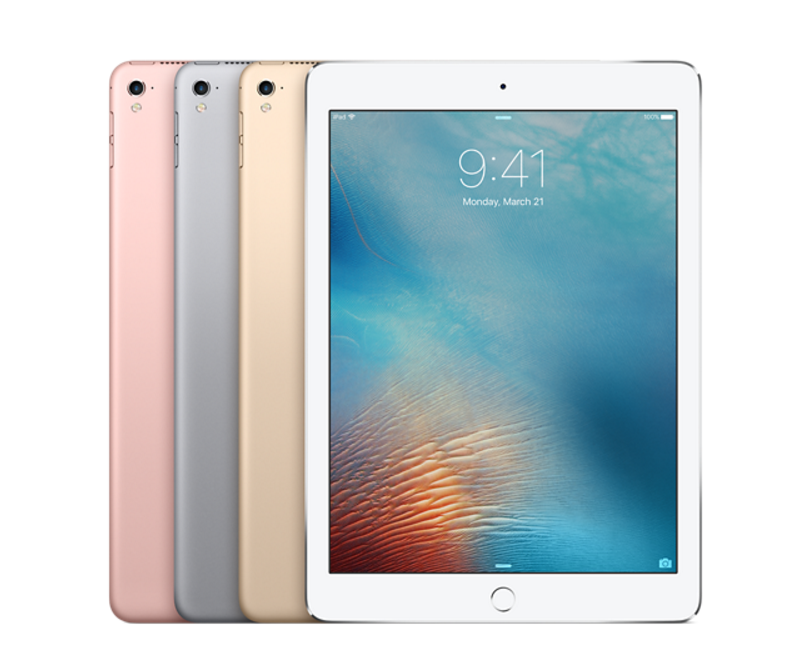 DisplayMate pitted the 9.7-inch iPad Pro against its predecessor the iPad Air 2, and decided that the new tablet features an "excellent top tier display." Even though the iPad Pro and iPad Air 2 share a lot of the same specifications, DisplayMate discovered that the Pro is "more than 20 percent brighter than the other current iPads." It also includes two color gamuts that deliver "color accuracy that is visually indistinguishable from perfect."

The iPad Pro also features "by far the lowest low screen reflectance of any mobile display," making it perform better in sunlight than other devices on the market, and it was praised for its contrast ratio of 1,022. The 9.7-inch model's ratio is lower than its 12.9-inch bigger brother which boasts a ratio of 1,631.

The 9.7-inch model also scored high in viewing angle performance, and it outperformed the 12.9-inch model "in every single display performance category except size."

DisplayMate concluded its report by speculating that the iPhone 7 "display could be a small version of the iPad Pro."

You can read the full report at displaymate.com.