How to watch the 9.7-inch iPad Pro event on your iOS device or Apple TV 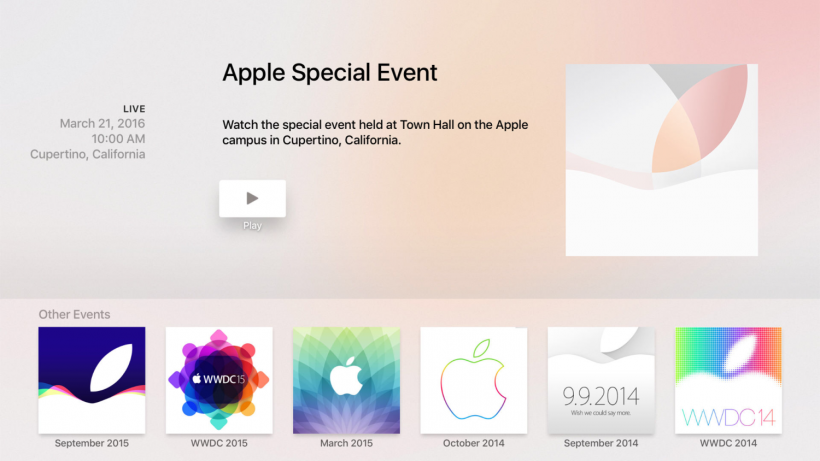 As usual, Apple plans to live stream its upcoming March 21st keynote in Cupertino, California. Apple TV 4 owners will need to download the Apple Events app instead of it automatically appearing on the Home Screen, like it does with the third-generation device. Once it is installed from the App Store, Apple TV owners will be able to use the app to watch the keynote live at 10 am PT/1 pm ET.

The Apple Events app makes things easy by syncing to your location so you don't have to worry about timezones.

Apple is expected to unveil the 4-inch iPhone SE, 9.7-inch iPad Pro and new Apple Watch bands at the keynote on March 21st. The event is being held at Apple's 1 Infinite Loop campus. If the rumor mill is correct, this will be the first time Apple has refreshed its original 9.7-inch iPad lineup since 2014, and it will also mark the end of the iPad Air. The new iPad is expected to be a 9.7-inch version of Apple's iPad Pro with Apple Pencil support, a Smart Connector and quad speakers.

You can see a complete rumor roundup for the iPhone SE here and new iPad Pro here.