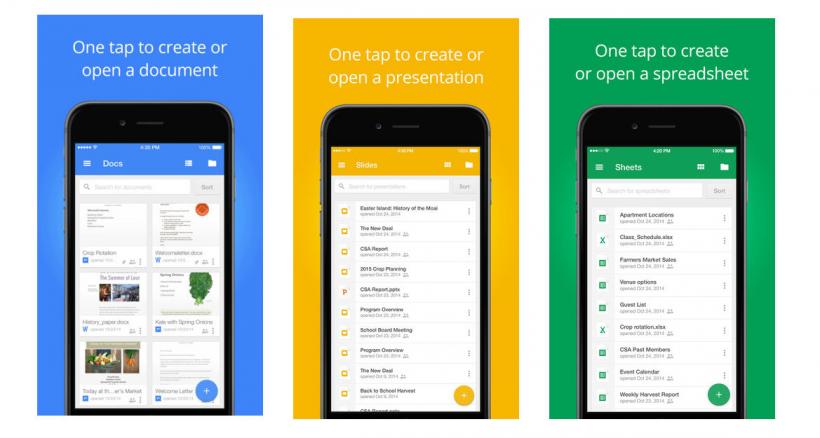 Google this week updated its productivity apps, Google Docs, Slides and Sheets, with native iPad Pro support. Each of the apps will now take advantage of the tablet's larger 12.9-inch screen. Google Docs has also been updated with a word count feature, while Sheets gained an easier account creation tool. All three apps were updated with minor bug fixes and performance improvements.

Google Docs is available for free on the Apple App Store. The app allows users to create, share and edit documents created online or on another device. It also supports Microsoft Word documents and the ability to work offline. Google Docs supports all devices running iOS 8.0 or later.

Google Slides includes the ability to create and edit presentations from any iOS device. It allows users to easily share presentations with others and for other to simultaneously work on a presentation at the same time. Google Slides is available for free on the App Store. It supports all devices running iOS 8.0 or later.

Finally, Google Sheets is a free spreadsheets tool. The app allows users to create, edit and share spreadsheets, open and edit Microsoft Excel files, and work offline. It is available on the App Store for all devices running iOS8.0 or later.