Are there any games for the Apple Watch?

Third party developers will be able to create apps for the Apple Watch just like they do for the iPod touch, iPhone and iPad. This means there should be plenty of games available after Apple's wearable device is released in April. 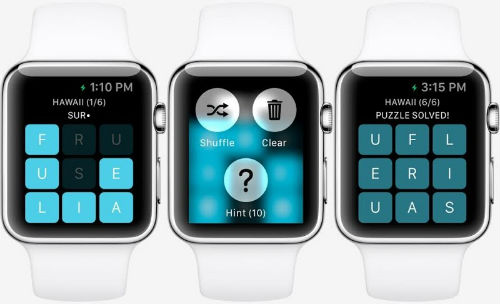 One of the first Apple Watch games announced before its release was NimbleBit's Letterpad. The puzzle game tasks players with creating words from 9 jumbled letters. You can see a large list of available Apple Watch games here.