Apple's iPad may be "increasing nickel exposure in children," according to a report released on Monday in Pediatrics. According to the report (via The Washington Post) an 11-year-old boy was treated at a San Diego hospital for an itchy body rash possibly caused by the nickel contained in his iPad. 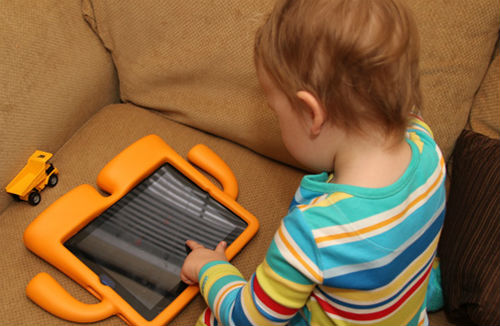 The boy, treated at a San Diego hospital, had a history of skin issues, but a different rash developed all over his body and wouldn’t respond to typical treatment. His skin tested positive for nickel, one of the most common allergy-inducing metals, and doctors traced it back to an iPad he had used with increasing frequency the past six months. The iPad tested positive for nickel as well, according to the report.

The rash improved after the child covered his device with a Smart Case, instead of a Smart Cover.

Dr. Sharon Jacob, a dermatologist at Rady Children's Hospital told ABC News, that "nickel rashes aren't life-threatening" but they can be overwhelmingly uncomfortable and "may require treatment with steroids and antibiotics if the skin eruptions become infected".

Various medical journals have been keeping tabs on nickel rashes caused by electronics such as smartphones and laptops. Only users with existing nickel allergies are in danger of a breakout when coming in contact with "nickel-containing devices," according to ABC.

Apple did not confirm if their products contain nickel or not.