NFL Now Delivers Personalized Videos of Your Favorite Team to Your iPad, iPhone or Apple TV

Just in time for pre-season, NFL Now has hit the App Store. The new app "delivers a personalized video stream of your favorite NFL teams, players and coaches right to your iPad or iPhone," according to the official App Store description. The app also promised to deliver hundreds of videos based on your personalized tastes and real-time in-game highlights. 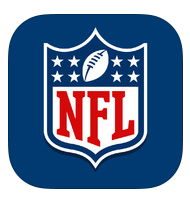 The app is free to download but premium access will cost users from the U.S., Mexico and the U.K. $1.99 a month. NFL fans in the rest of the world will have to shell out $4.99 a month for full access. The service is also now available as a new channel on Apple TV.