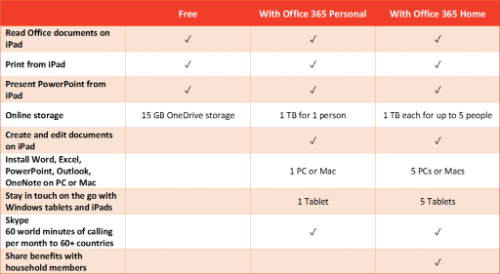 Users can now purchase a monthly Personal or Home subscription as an in-app purchase. Users who already purchased Office 365 Home for one year are stuck with their current subscription, but monthly subscribers can upgrade to an annual subscription at any time.

All three Microsoft apps are available on the Apple App Store for free. PowerPoint, Word and Excel support all iPad models running iOS 7.0 or later.