March Madness 2013 Live App Free for the iPad and iPhone

Unlike last year's NCAA March Madness Live app which cost $3.99, this year's version is free to download. The only catch is users will need to use their cable provider login info to stream games airing on TNT, TBS and TruTV. Games aired on CBS will not require registration. 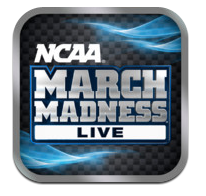 The 2013 NCAA March Madness Live app gives users access to all 67 games of the 2013 NCAA Division I Men’s Basketball Tournament, plus the ability to track brackets, live scores and team/player stats. Users also have access to recaps and live radio broadcasts of all 67 games.

The NCAA has also added a few enhancements to the app including: A completely new look and feel for all the latest Apple devices, the ability to share brackets with friends and family via Facebook, and the ability to follow tweets and other social media via the Coke Zero NCAA March Madness Social Arena.

You can download the app for free starting today through the Apple App Store. It requires iOS 5.0 or higher, and works on all devices including the iPad mini and iPhone 5.