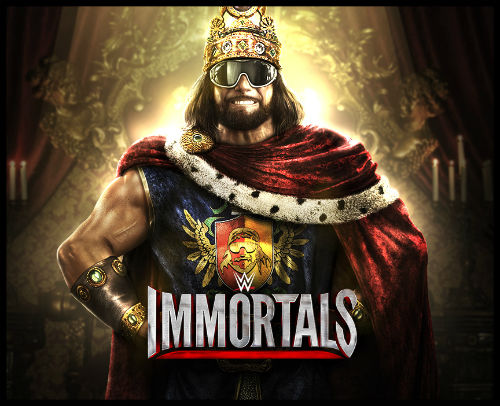 Players can now also compete for "ultra-rare" WrestleMania gear until April 2nd. Anyone who places in the top 50% on the leaderboards will receive "2-star WrestleMania Ticket Gear." The release notes also promise "Royal Challenges" are on the way.

WWE Immortals is a free fighting game from the creators of Injustice: Gods Among Us. Players can assume the mantle of legendary WWE superstars re-imagined with super powers. The game is available for free on the Apple App Store. It supports all devices running iOS 5.0 or later and is rated 12+.

WrestleMania 31 kicks off 7 pm ET/4 pm PT on Sunday, March 29. The event will be available live on WWE Network and pay-per-view.