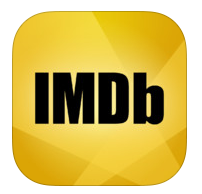 These improvements make the IMDb iOS app a must have for movie buffs, especially since the mobile web version of IMDb is pretty much useless. The app is not only one of the largest collections of television, movie and celebrity info, but it is now a one stop shop for all your television, streaming and movie needs.

The IMDb iOS app is free on the Apple App Store. It is compatible with all devices running iOS 7.0 or later.