NetherRealm Studios, the team behind Imjustice: Gods Among Us and Batman: Arkham City Lockdown, is developing a free-to-play version of Batman: Arkham Origins for iPad, iPhone and iPod Touch. The game, to be released during the “console game launch window,” is a touch and swipe brawler where players will control the Dark Knight as he faces “a number of DC Comics’ most deadly assassins.” 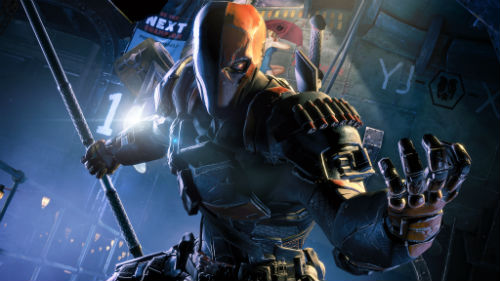 Players will have the opportunity to earn unique Batsuits and in-game currency and rewards. For those who play and register both the iOS and console versions with a Warner Bros. ID, there will be exclusive bonus content “not available elsewhere.”

"We created an integrated gaming ecosystem between the Batman: Arkham Origins mobile and console games, which delivers rewards and unlocks that provide greater experiences for players," said Ed Boon, Creative Director, NetherRealm Studios. "The mobile game goes hand-in-hand with what is offered on the other platforms."

The game will debut on iOS first with an Android version to follow sometime during the holiday season. For more information and the latest updates, visit Batmanarkhamorigins.com or go to Facebook.