Apple has updated its flagship iPad tablet computer yet again, only six months after refreshing the hardware. The 4th generation iPad will appear similar to the previous version, with most of the upgrades improving the insides. 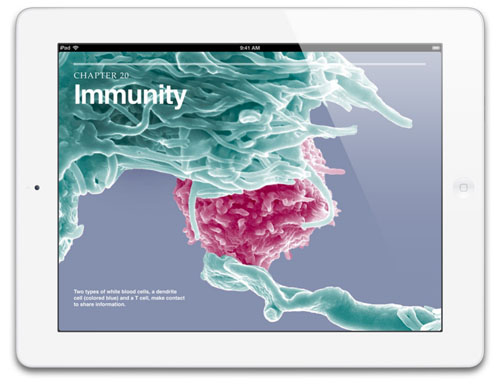 One notable exterior change is the switch to Apple's Lightning connector, first released on the iPhone 5. The connector provides quick transfer speeds and a smaller profile, as well as reversible cables with higher durability.

The latest iPad expands LTE capabilities to more countries around the world, and has Wi-Fi up to twice as fast as the previous model. Without impacting battery life, Apple has doubled CPU and graphics performance with an A6X processor, replacing the A5X found in the iPad 3.

Apple has also added an HD FaceTime camera to the front of the latest iPad, similar to that found on the iPhone 5. Accessory owners looking to upgrade will be happy to know that iPad 3 Smart Covers and Smart Cases are fully compatible with the 4th generation iPad.

Even with these improvements in speed and capability, the iPad will retain current pricing with an entry level cost of $499 for the Wi-Fi only 16GB model. It remains to be seen if the iPad mini will make people think twice before purchasing a 4th generation iPad. The iPad mini features a smaller screen and pricing starting at $329. The options don't end there, Apple also continues to sell the iPad 2 for $399.