Adobe has announced new solutions for content providers that will make it possible to stream Flash video content to iOS devices. The advantage is that the media server will detect what type of mobile device is accessing content and deliver it automatically in a compatible format. 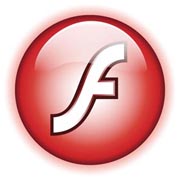 When it comes to the iPad, this format is Apple's HTTP Live Streaming (HLS). Actual Flash software will never officially make it onto an iOS device, and Adobe is anxious to stem the flow of companies ditching Flash for HTML5. With Adobe's Flash Media Server 4.5 content providers can deliver Flash content to various mobile devices including iPads and iPhones using the same content stream.

For the time being, only Flash video is supported by the new Adobe software. That means Flash advertising, games and other content remains unsupported on iOS devices. Android devices may support Flash, however Apple has decided the technology is obsolete and inefficient.

Although apps such as Frash and Skyfire make it possible to view Flash content on iOS devices, they don't always work. Part of the problem is that converting Flash on the fly requires so much processing power and taxes the battery of a mobile device. Adobe's solution is much more practical because all of the hard work happens on the media server before content actually is sent to the device.

So for Flash fans Adobe has opened the door for more streaming video content on iPads and iPhones. The reality is that it's up to content providers to decide where to deploy the new media server software, and native Flash support remains off limits to iOS.